Final declaration of the European Forum of green, progressive and left forces

Europe is experiencing an emergency situation caused by the spread of the pandemic caused by COVID-19. The health crisis and the explosion of unemployment and poverty are exacerbating the tensions and problems caused by neo-liberal policies that did not positively resolve the 2008 crisis.

This crisis highlights the serious consequences produced by the cuts and privatisations of public services that have devastated all European countries, as well as the loss of production capacity due to the relocations undertaken by multinationals and the dependent nature of the European Union’s external relations.

An analysis of the evolution of the consequences of the crisis leads us to consider that neither Europe nor the rest of the world will be the same after the COVID-19 pandemic. We must therefore take up the challenge of giving a new meaning to the European project. Starting from an association of all European peoples, whether or not they are members of the European Union, we act for the construction of a new democratic ecological social model, free from the logic of the economic benefit of capital on men, women and nature.

This alternative must be the result of the convergence of several political histories: ecologists, progressives, communists, socialists, feminists… it is up to us to defend and promote a Europe built on social, egalitarian and sustainable bases, fully democratic and in solidarity in the construction of a world at peace.

To achieve this, the protection of human beings, nature and the right to a dignified life must be placed at the centre of the policies and actions of all national and international institutions.

Based on these objectives, we propose to fight so that all European peoples have the right a permanent social shield that protects them from the precariousness, inequalities and violence produced by the current system, starting with guaranteeing the right to health.

In these times, coordination and convergence between all States is necessary to ensure the social and economic protection of millions of workers throughout Europe who see their wages and working conditions, as well as their way of life, negatively affected. This requires, in particular, the end of fiscal austerity pacts, policies of endless indebtedness paid by workers and, conversely, the promotion of massive public and social investment policies financed by levies on financial income.

In this sense we condemn the veto of the Prime Minister of Hungary Víctor Orban and the President of Poland Andrzej Duda, who are trying to stop the EU Economic Recovery Plan. Only the Big Capital (banks, companies of the military complex, offshore business groups) and the forces of the right are interested in slowing down the distribution of financial resources between the States of Europe: while we condemn this veto we demand new economic rules based on solidarity and fair trade.

We propose the approval of minimum wages and incomes throughout Europe that combat growing inequality and social dumping. We propose as well to develop national experiences on the creation of a minimum living income, or any other means to ensure employment, training and a living wage, including an improvement of professions related to care, public services, the production of common goods, and measures guaranteeing possibilities for work-life balance.

We propose that steps be taken to prioritise internal and regional markets, shortening supply chains to reduce dependency from abroad through economic, social and environmental plans.

We demand a guarantee for all human beings around the world to have access to available treatments and vaccines, so that they are free of charge for all, without limitations due to problems of patent privatisation or expectations of economic benefits.

We want to develop a new just and sustainable migration policy based on solidarity, and the development of an immigration statute that allows its regularization.

We advocate for a Plan that concentrates all necessary measures to ensure the protection of women, so that they do not suffer the consequences of the crisis aggravated by the patriarchal society and especially when they are victims of any form of violence, fighting against gender stereotypes and defending egalitarian and inclusive values.

The New Europe needs to strengthen a public sector that has been severely degraded by neoliberal policies, proposing a new productive model and a new, fairer and more progressive tax system that allows for an increase in social spending. We propose that big capital and multinational companies be taxed, and the abolition of tax havens inside and outside the EU.

It is essential to have sufficient resources to guarantee social benefits, the strengthening of Social Security to ensure quality public health.

We propose a European conference on the cancellation of the illegitimate part of the public debt and an open discussion on the criteria for its classification, and on the new financing conditions for economies, within the framework of a recasting of the role and mission of the European Central Bank.

Funds issued by the ECB or European recovery plans must be redirected to finance public services, the public health system, the employment at the service of an ecological transition that is socially just, social protection and the income of workers, pensioners and young people. It is not up to the people to pay for the crisis.

Social and ecological policies are intrinsically linked. As we see everywhere, the fight for the climate without taking into account the social emergency is just as fragile as the fight against inequalities by ignoring the ecological emergency we are facing, when we have just experienced the hottest September in the history of Humanity. The new Europe needs a green plan that guarantees compliance with the Paris Agreement and achieves climate neutrality from 2040, guaranteeing the transition to 100% renewable energy, linking all green aid to job creation with fair wages and labour rights.

We oppose those who try to lead the planet to a new Cold War with a world divided into closed Blocks economically and militarily confronted: for this we consider it important to commit to the full development of the Fundamental Charter of the UN, rejecting the measures of blockade and embargo that the US maintains against Cuba and other countries, measures that have been rejected by the UN as contrary to international law. We also propose a strengthening of its agencies, especially the WHO so that it can play an independent and effective role as a guarantee of better health for all the Peoples of the Planet, the reactivation of international disarmament agreements in all areas, and the support for the initiatives that are proposed in favour of a new policy collective security, based on détente, peace, and cooperation between Europe and its neighbours, as well as the dismantling of military bases and the reduction of military spending.

On the basis of these approaches, the IV European Forum of Left, Green, and Progressive Forces has undertaken to develop an action plan that mobilises the peoples of Europe in defence of the new Europe that we propose to build together.

The approaches debated in this IV Forum that are reflected in the various declarations of the Assemblies and in the Final Declaration are specified in a proposed Plan of Action that aims to be a call for the mobilization of the European peoples that refers to the broad convergence achieved in this Forum, together with the proposals that have come out from some of the Assemblies held.

1.- Support the campaign in defense of free access to the vaccine as a social right and consequently we call to join the campaign to collect signatures “Right2Cure”.

2.- Take an action on March 8th that expresses our defence of a Europe free of Patriarchy.

3.- Claim, together with unions and social forces, a social solution to the crisis that implies a taxation of large companies for the contribution of funds to plans dedicated to the sectors most affected by the crisis. In this sense, we will join the mobilizations to be held on May 1st.

4.- Carry out on June 5th, World Environment Day, actions that refer to the defense of a Green Europe, which slows down environmental degradation and develops policies to stop climate change.

5.- Celebrate next May 8th the day of the victory of Europe against Nazi-fascism with an action in the Mauthausen concentration camp in which we demand the defense of public freedoms and citizen rights against authoritarianism.

6.- Carry out an action that refers to a Europe of solidarity against racism and xenophobia. 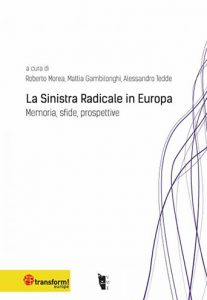