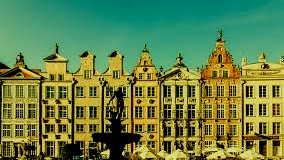 The 2019 Polish parliamentary elections were held on 13 October 2019. All 460 members of the Sejm and 100 senators of the Senate were elected. The ruling PiS win the elections, far-right enters the parliament, whilst the left returns to parliament.Speakers of the Left (Lewica): Wojciech Czarzasty (SLD), Robert Biedroń(Wiosna), Adrian Zandberg (Lewica Razem) (from l.t.r)Picture by Paweł Wiszomirski (Flickr: Lewica Razem)The parliamentary elections have opened up a new political situation in Poland. On the one hand the ruling Law and Justice party (PiS) has won the greatest share of the vote of any party since 1989, securing its second parliamentary majority in a row. This further strengthening of the political right in Poland was further confirmed by the entry of a far-right party into parliament. However, a number of challenges face the new PiS government, especially due to it losing its majority in the Senate. Also, the left has returned to parliament, for the first time in four years, offering the potential for the left to rebuild itself as a serious force in Polish politics. 2019 and 2015 Parliamentary ElectionsParty/Coalition2019 – %Number of Votes2019 – MPsParty/Coalition

*UL failed to enter parliament as the threshold for coalitions is 8%, whilst for parties it is 5%.

PiS Expand its Electoral Base

The elections in Poland were marked by the very high turnout, which rose by more than ten percentage points from 2015 to almost 62 percent. Polish politics has long been marked by the very low participation in elections, which was a feature of the neo-liberal transition, when large sections of society were politically demobilised and marginalised. However, PiS has managed to expand its support amongst significant sections of society, which has helped to revitalise participation in the electoral system and activate the opposition to it.PiS emerged out of these elections as the largest political party, winning 43.6 percent of the vote. It therefore managed to raise its support by 6 percentage points compared to 2015, winning more than 2 million new voters in the process. PiS also managed to continue its expansion into the western regions of the country, where it had previously been relatively weak, winning the highest share of the vote in all but 5 electoral districts. The breadth of support for PiS is underlined by the fact that it won the highest percentage of the vote amongst all age groups.

Limitations and Difficulties of PiS

The elections indicate both the successes and limitations of the PiS project.  For the first time in twenty-five years, at the 2015 parliamentary elections, ordinary citizens, who had paid the most for the “successes” of political transformation, voted against the liberal mainstream parties.  The left had been discredited and divided by its previous neo-liberal associations, allowing PiS to represent itself as the party that best protects living standards and social welfare. The PiS government partly delivered on its social promises, although these were integrated into a broader national-conservative programme, which excluded some social groups. Their expanded social welfare programme was also connected to their project of building a strong and increasingly authoritarian state, which promotes a conservative Catholic ideology and targets groups such as refugees and the LGBT+ community. The conservative programme of PiS has helped forge new social divisions and activated parts of the left and liberal opposition against it. The party’s perceived ‘pro-social’ image has cemented its support primarily amongst the most disadvantaged and excluded in society. For example, over 67 percent of its voters have a basic education, more than 41 percent are from the countryside and over 30 percent are pensioners. It is this ability to attract such voters that has allowed PiS to challenge and defeat the liberal right and marginalise the left. However, its limited support in large cities and within many urban social groups has constrained its ability to politically and culturally dominate in the country.Despite the undoubted success for PiS, these elections have not been an outright victory for the party. Although it increased its share of the vote, its number of MPs has remained at the same level (239). Furthermore, the parliament is likely to be more confrontational and unpredictable than previously. The new representatives of the left and far-right will likely challenge the government more aggressively, on a range of issues, than the previous opposition had done. Secondly, the PiS electoral slate is actually comprised of two other parties: Solidarity Poland (Solidarna Polska) and Agreement (Porozumienie), with its number of MPs to 18 and 19 MPs respectively. These groupings are led by potential rivals to the leader of PiS, Jarosław Kaczyński, divisions which may come to the fore in the future. Thirdly, PiS has, at least temporarily, lost its control of the Senate, with opposition parties and independents gaining a narrow majority of seats. With Presidential elections due to be held in the new year, the total political power that PiS has enjoyed over the past four years is no longer guaranteed.

One of the undoubted positive effects of the victory of PiS in 2015, has been that all parties have had to, at least rhetorically, address the economic and social needs of the population. This has partially included the main opposition party, Citizens’ Platform (Platforma Obywatelska – PO). At heart a neo-liberal and conservative party, PO has partially moved towards the political centre and incorporated sections of the centre-left. After forming a failed broad opposition coalition at this year’s European elections, PO stood in the parliamentary elections under the umbrella of Citizens’ Coalition (Koalicja Obywatelska – KO). This included the liberal party Modern (Nowoczesna), the Green Party (Zieloni) and the grouping around the prominent centre-left politician Barbara Nowacka.Despite this attempt to broaden its electoral base, KO only gained 27.40 percent of the vote, leaving them with 134 MPs. This is compared to PO winning 24.09 percent (138 MPs) and Modern 7.60 (28 MPs) in 2015. PO has suffered from having an unclear political programme and vision and being led by a deeply unpopular and uncharismatic leader – Grzegorz Schetyna.Meanwile, the Polish Peoples’ Party (Polskie Stronnictwo Ludowe – PSL) and the Kukiz Movement united into a single electoral bloc, under the name and structure of the PSL. The PSL remains the largest and one of the oldest political parties in Poland, whose political base has traditionally been confined to the countryside. Meanwhile, the Kukiz Movement entered parliament in 2015, as an anti-establishment party, acting often as a de-facto ally of PiS which had also brought a number of far-right MPs into parliament. They have since broken with the extreme right and PiS and claim to be building a new progressive political centreground with the PSL. The PSL won 8.55 percent of the votes (30 seats) in these elections, which re-establishes them as a  significant minority force in Polish politics. This is despite the fact that this is a reduction from the combined the PSL and Kukiz vote of 13.94 percent (58 seats) in 2015. Interestingly, over half of the PSL electorate was drawn from voters from towns and cities, giving some creed to their claim to be building a new Christian Democratic political party in Poland.

The Entry of the Far-Right

The general turn to the right in Polish politics over the past few years, was confirmed by the entry of the far-right Confederation (Konfederacja) coalition into parliament (winning 6.8 percent and 11 seats). Confederation is a coalition of two main groupings, which narrowly failed to enter the European Parliament earlier this year. This coalition brings together extreme neo-liberals and nationalists and offers a challenge to the hegemony that PiS has enjoyed on the right of the political spectrum. The strategy of PiS has been to try and marginalise the far-right by partly coopting many of their policies and endorsing many of their actions. Rather than limiting its support, however, the promulgation of nationalism and xenophobia by the ruling party has energised the far-right in Poland. Confederation will place a further pressure on PiS to push ahead with its most reactionary conservative and nationalist agenda (on such things as LGBT+ rights, anti-Communist legislation, and so forth), whilst also being a voice of extreme neo-liberalism in the parliament.

The Return of the Left

Three left parties stood together in these elections (Democratic Left Alliance (Sojusz Lewicy Demokratycznej – SLD), Together (Razem) and Spring (Wiosna)). Although they campaigned under the name Left (Lewica), their candidates were officially registered as part of the SLD slate. The elections were a relative success for the left, gaining 12.56 percent of the vote and 49 MPs. This is a significant step forward for the left, as they had no MPs during the last parliament. This was because the left was divided during the last elections and neither the United Left coalition, organized by the SLD, nor Razem crossed the necessary thresholds to enter parliament.This year’s elections show how important it is for the relatively weak left-wing forces to work together against the right in parliament. Although the combined vote for left-wing parties in 2015 was only 1.39 percentage points lower than in 2019, the left gained over 600,000 more votes, representing a significant expansion of the left electorate. After the European elections this year, there was little optimism that the left would be able to mount a serious challenge in the parliamentary elections. All three parties were in competition with one another, yet were too weak to stand independently. The decision to form a common front was born out of a sense of desperation, but also revealed a level of strategic thinking and tactical flexibility that have long been missing on the left.The only party that was able to bring together the left organizationally was the SLD. As the oldest and most established party on the left, it continues to have the biggest electorate and structure. The party won 23 out of the 49 MPs and as the organising party of the left bloc will receive state subsidies that will strengthen its e and offering radical and realistic economic solutions that it will be able to grow as a competitive political force. The left has to seek a way to regain the support of the most disadvantaged sections of society and reforge links with and support the actions of organised labour. These challenges will be tested at the Presidential elections next year, where the left will need to field a candidate that its different components can unite around and who will help the left build on the small successes it has made.